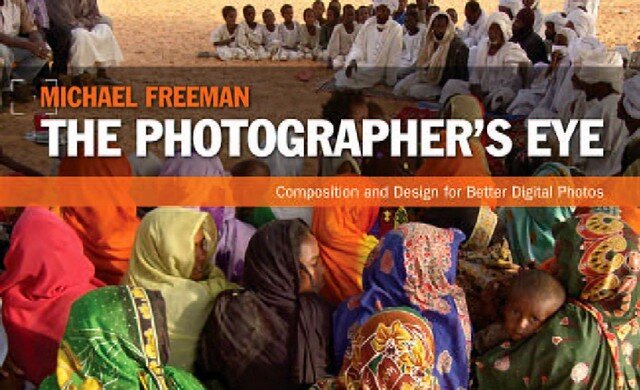 I open with the partial cover of Michael Freeman’s book The Photographer’s Eye because its dissection of photography was a kind of Rosetta Stone for the discussion that focused on reading photographs and the structure of photographs. I recommend this to anyone interested in photography, an excellent book on the subject.

If you were present at this meeting I will appreciate your feedback to complement what I have outlined here, be generous to augment the content. Collectively, they will get richer. And encourage other participants to do the same.

I lead a roundtable discussion, actually two roundish tables, at the Film Photographers Association meeting yesterday evening. This was my third, maybe fourth such gathering. The purpose was to talk about reading photographs and the structure of photographs. I decided to start the conversation by asking a simple question: “How do we read and how do we learn to read?” When you think about it, we learn to look at some scratches on a surface and speak what it says. That is the purpose of writing. But, the “scratches” do not have intrinsic meanings, they are not part of an “object-based communication” like showing a pomegranate and then cutting it to share its nature. We assign meaning to those scratches that we call writing.

Likewise, photographs can be “read” in a similar vein if we learn how to assign meanings to different “scratches” on the surface of a photograph. I began by asking all the participants to pick one of the books I brought in for this purpose and pick a photograph in it. Then one member would talk about the photograph he or she was looking at for the purpose of sharing it with the others around the tables. The first photograph described was a man holding a baby against a dark background and that only a small part of the baby was visible. Then I asked another participant to pick up that book and look at the photograph just explained. The second viewer would explain how close the image was to his or her imagination of the photograph and add more to it for the benefit of the others. This, we did for a couple of rounds.

Then, I asked the participants to look at the photographs again and think in terms of these elements which can be used in a variety of ways to represent a wide range of subject. Speaking of subjects, we also touched upon the idea of the object of a photograph and the subject of a photograph which may be different. We discussed a couple of more photographs and after that, I invited members who brought it photographs to share and we got a chance to see an Ansel Adams, a Jerry Uelsmann and a member shared his photographs of others to comment.

It was quite enjoyable for me to challenge all to look beyond the “like-dislike” dichotomy and try to see in terms of photographic structure. I hope the time we spent together, about 90+ minutes was as enjoyable for them as it was for me.