View from the top of Tekfur Palace

Many years ago, probably around 1980, we visited the remains of the last Byzantine palace. The Palace of Porphyrogenitus, called Tekfur Sarayi in Turkish has a history of over a thousand years. When we visited in the early 1980s it had one facade wall flanked by two side walls creating a courtyard as you see in the image above.

We wanted to see the newly restored palace and what it contained. As we arrived and got our tickets, I saw the elevator on the outside wall and proceeded to walk towards it. A young man told us that it was not available yet because of some paperwork but another officer approached and opened the door to us. Otherwise, I would not have made it to the top floor.

As we exited the elevator to the outside landing we enjoyed a wide vista of the Golden Horn. The landing was framed by a metal railing and transparent panels, probably plexiglass. We took a few photographs and proceeded to enter the top floor curious about its contents.

After the Ottoman conquest, the palace was also used as a glass and ceramic workshop where they apparently produced very high-quality glassware and ceramics. As we entered the top floor, I was quite surprised to see what appeared to be a replica of an altar from a mosque, Ottoman calligraphy on ceramic tiles and other similar items. As we walked around and got closer to the display cases, we both noticed that the contents of the museum were mainly Ottoman artifacts and scenes depicting Ottoman life.

We finished the top floor and proceeded to go down. The floors were nicely finished as were the stairs. The windows had gaps around the frames possibly because they did not want to damage the Byzantine walls. I am not sure. The next floor down was a continuation of the top, displaying rather late period artifacts including European ceramics from the 1900s, clay or meerschaum pipes, drawings, and the like. After viewing what was there, we started going down to the ground level where we could see the courtyard midway from the stairs.

Following a glass-floored hallway, we entered a darkened room with a white cube standing on one of its corners and three or more slide projectors creating a slideshow on its sides. The content was again Ottoman ceramics and tile patterns that one could change by pressing on corresponding panels on a control panel. After looking around and trying to figure out the significance of the display in vain, we followed the glass-floored hallway with shards of ceramics presumably from the Byzantine period showing below, out to the entrance, then out to the courtyard.

The courtyard looked about the same as it did in the 1980s except the walls were a bit cleaner and a small cafe was stationed across from the palace. We enjoyed the view, the narrow walkways on the sides and sat at a table in the small coffee house. The menu was cheese or (Turkish pepperoni) panini. We settled on the cheese, accompanied by mineral water, and called it our lunch. The cafeteria is visible in the photograph Jan took from the elevator landing.

Although seeing the palace restored and in good shape was quite enjoyable, the contents remained very incongruous as there was practically nothing Byzantine in it other than some kind of a slideshow depicting some soldiers and the pottery shards on display below the glass walkways. It would have made, at least parts of it, a great place for Byzantine studies, a specialized library, and more information on the Byzantine Empire, its history and art. Although nicely restored, as it is, the palace belies its Byzantine heritage with mainly Ottoman artifacts on display. After all, it was built around year 900, 1,200 years ago, well before the conquest of Istanbul by the Ottomans.

After a quick lunch at the Tekfur Palace, we headed to see the Church of the Holy Savior in Chora, another Byzantine period museum. Unlike the ill-fitting contents of the Palace, the church mainly housed the period art, mosaics, and frescoes. It was under heavy restoration with scaffolding on all four sides, some parts were closed to the visitors. We enjoyed seeing once more the gorgeous mosaics but missed seeing the frescoes behind the closed doors. In a small space, the church conveyed its Byzantine heritage with nary any denial of its makers and its purpose.

Below are some photographs from the palace and the church both Jan and I took. 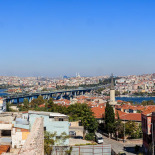 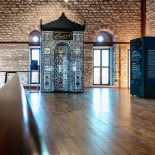 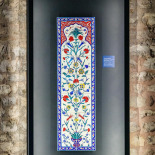 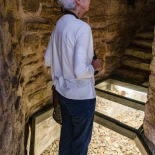 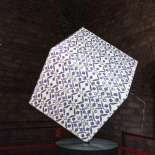 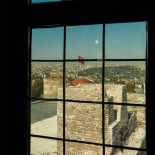 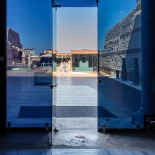 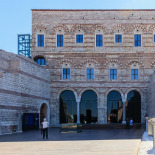 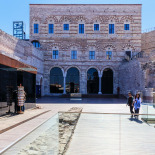 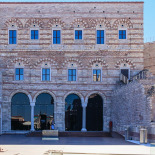 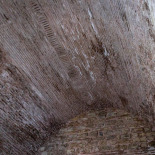 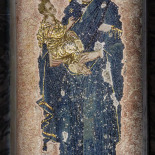 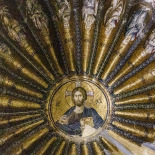