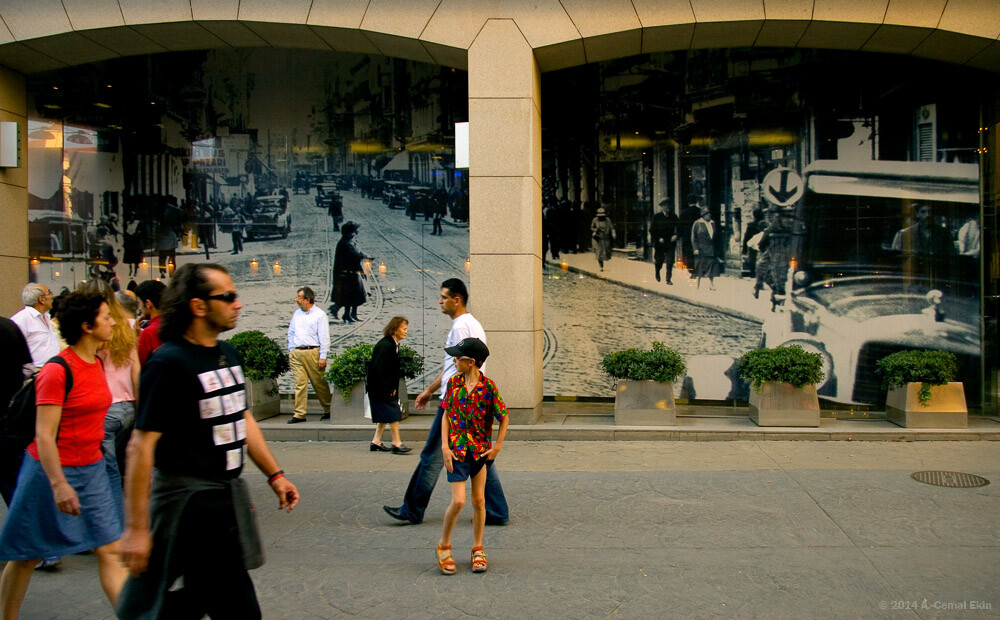 The term that symbolizes Henri Cartier-Bresson’s photography is at once elusive, mysterious, alluring, and quite possibly misunderstood. At least I have difficulty understanding it. I have read about his approach to photography, have seen many of his work in books, listened to one of the rare interviews he granted, and still have been quite puzzled to reconcile his photographs and the “The Decisive Moment.” The difficulty I have is the way the idea is generally presented as HCB knowing when to release the shutter. Think about it for a moment, remember all his photographs that you have seen; what are the chances of him being that lucky all the time? The more I looked at his photographs and read about his life and work, the more I thought there must be a different way of seeing this idea of “the decisive moment.”

The way it has been presented, explicitly or implicitly, creates an image of HCB in my mind as a man with his Leica, covered with black tape to hide the chrome, waiting with his finger on the shutter release until The decisive moment strikes. Then he moves on to the next photograph. Such extraordinary serendipity, isn’t it?

Now, I have not studied his life, his frames of negatives, and other intimate details of his photography, but this explanation sounds very far-fetched to me. If this view is indeed correct, then he would be one patient and a lucky photographer. I think the odds of him being this extraordinarily lucky is equally extraordinarily slim, and the notion of one patient photographer waiting until something to happen is quite unlikely.

I am sure a scholar who studied his life and work is far more qualified to interpret what “decisive moment” means. But, without finding an explanation that satisfies me, I cannot simply accept the idea at its face value. If we detach the decisive moment idea from the explanation on the street for a moment, it will be dangling. Now, let us find another place to hang it, not on the photographer, but the photograph.

Photographers, including HCB, aim their cameras to frame something in the world to take a picture of that thing. The world is filled literally with an infinite number of frames, but most will result in being an ordinary icon of that thing photographed. But, then, there are moments when a ray of light strikes at a particular angle, a man jumps over a puddle, a bicyclist enters the frame, a dog stops to scratch its ear, then at that moment that ordinary icon of a piece of the world is converted to a photograph. That may be the decisive moment that converts the ordinary to extraordinary, but it happens in the world, not at the fingertips of the photographer. It is a visual delight, a strong statement, a memorable photograph.

In an earlier post, I proposed some attributes that I look for in a photograph: message, choice, intention, technique, and printed photograph. In fact, I started thinking about this post as I was writing the earlier one. I thought, still do, that the decisive moment is the confluence of the message, choice, and intention attributes. The photographer decides what to show in the frame, this intention is expressed and carried through his or her other work, to convey a particular message. This, of course, is a continuous and complex process that starts with the photographer deciding to be at a particular place, continues through the photographing of the subjects he or she chooses, to the selection of the frames to print, and finally producing the print.

Considering the above, I think the decisive moment means more a choice process that selects the one or ones from among many frames that manifests a character that makes a frame a photograph. Therefore, as such, the decisive moment is not a moment when a photograph is necessarily taken but it is manifest in the presented work. I would like to interpret it as HCB choosing a particular frame over several others because in that frame something happened at “The decisive moment” making it a complete photograph rather than an icon of a moment in time. For a person who walked the streets of Paris with his camera in hand, this is a vision of a deliberate person making many choices in one outing, and choosing a final print because it conveys the decisive moment reconciles the idea and the works of HCB for me.

Otherwise, would he not have called the concept “The serendipitous moment” instead of “The decisive moment?” But again, let us not forget Louis Pasteur’s wisdom: “Chance favors the prepared mind.”