The ballet Orchis, as collaborative art among A. Cemal Ekin (photographer), Viktor Plotnikov (choreographer), Sonya Belousova (composer), Toots Zynsky and Beth Bentley (costume design), and the Festival Ballet Providence dancers was performed on March 8-9-10, 2013 in Providence that mesmerized and enchanted the audiences. Read some comments on the Festival Ballet Providence blog. A bound folio of photographs is available as are individual Orchis prints.

This collection of photographs originated as a lovely orchid plant. As the blossoms wilted and fell, I let them dry as they fell on the table, on the fold of the table-cloth, on the side of the plate under the pot. Depending on how and where they fell and probably affected by the moisture in the air, they all dried and curled their petals in unique ways. As I started to photograph them, I realized that in their dried, static, and shriveled state there was much grace and movement, they appeared to be dancing. Thus, I gave the series a title: Dance of the Orchids. Their kinetic forms made me wonder how a ballet dancer might react to them and asked a friend, a former prima ballerina, to take a look at them for me. She agreed with the notion that they appeared to be dancing, and even named a few ballet positions. Eventually, she brought the photographs to the attention of the artistic director of the Festival Ballet Providence. Upon my meeting with Misha, the director, he was taken by the photographs and commissioned an original ballet. The ballet, Orchis was born out of the dried petals of these orchid blossoms. The title comes from Greek mythology where at a party hosted by Bacchus, Orchis, a demigod, angers the host by going after the maidens, and Bacchus tears him into pieces. Orchis‘ father, distraught after his son’s demise, tries and succeeds to bring Orchis back to life as small flowers wherever the small pieces of Orchis lands; thus giving us the multitude of varieties in the species Orchidaceae.

Note: The blossoms are of Degarmoara Flying High ‘Yellow Star’ after they fully dried as they fell.

The short video of Orchis visual presentation may remind you of the Orchis experience if you caught the performance, or may make you wish you did.

A collection of these photographs is available in a finely printed bound folio format from MagCloud. 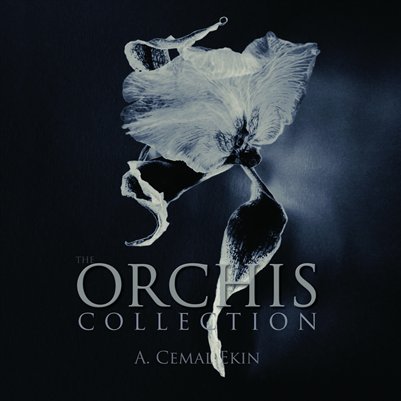 The Orchis Collection
A collection of photographs that inspired an original ballet by the Festival Ballet Providence, Orchis.

The second edition of The Orchis Collection is slightly smaller with the same photographs and it is bound on the short edge. It is viewed vertically. 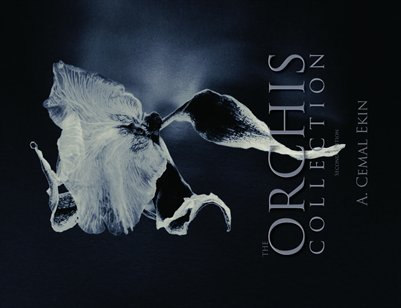 The Orchis Collection, Second Edition
A collection of photographs that inspired an original ballet by the Festival Ballet Providence, Orchis.