When we were living in Adana, many ancient historic places were a day trip away. We could go west or east and stop at different places to see the remnants of times long gone. In this article, I would like to take you to a place on the Taurus (Toros) Mountains, above the small town of Silifke, called Uzuncaburç. It roughly translates as Tallish Towers and is also known as Olba or Diocæsarea.

The vast land known as Cilicia is known for many things, like the birthplace of St. Paul, or where Cicero was a governor, even where Antony met Cleopatra. In all these riches, there is a long string of places along the coast of the Mediterranean that are peppered with ancient ruins. From where we lived, Silifke was about a 100-mile drive. From there, almost a 20-mile drive up the mountains would take us to Uzuncaburç. And, we visited the place more than once.

As I scanned these old photographs from the film days, I reminisced and remembered our short day trips to see the historical riches of the area. The vast land known as Cilicia is known for many things, like the birthplace of St. Paul, or where Cicero was a governor, even where Antony met Cleopatra.

There was still a village there with a small population. The road ended at the foot of three tall columns with a decorated cross piece. That was called, as I learned later, the Ceremonial Parade Entrance giving it some ceremonial importance. Next to that was a small stone house, and a gravel road lead towards some more ruins. On the right, as I recall was the remains of the old Hellenistic tower or burç in Turkish. Looking close to some structures, walls, new houses, it was noticeable that the locals recycled the old stones and column remnants to build new things as you will see in some photographs.

Diocæsarea had two separate temples with columns, sarcophagi, reliefs, and the like. The Temple of Tyche had little left of it beyond the set of five columns and identity plates they put in front of them. Looking right, one could see the gates to the city with its grand arched doorway. A little further down was the Temple of Zeus Olbius with many columns still standing upright. I remember having our sandwiches inside the temple area, and Jan remembered the villagers bringing us some tea to go with the sandwiches, such a privilege! I am grateful for these old photographs, we can live those days and view those places once more.

The locals knew some ancient history, note “some.” As we walked around, a little girl, probably second or third grade came and said hello to us. During the chit-chat, I asked her if she knew who lived there before them. She looked up a little, thought a minute, turned to me, and said “turistler,” meaning tourists!

Here are some old photographs that were taken about 50 years ago. I have no idea what Uzuncaburç looks like now, but wanted to share its views from about half a century ago. I have recently scanned the old negatives and relived the memories.

Time travel with a scanner continues! 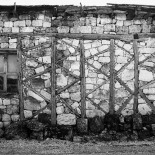 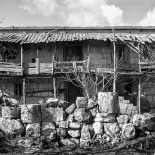 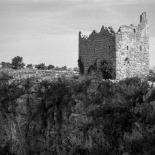 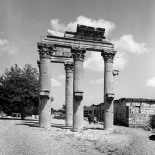 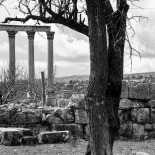 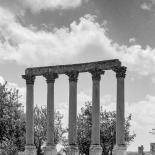 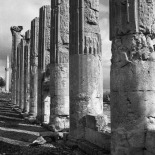 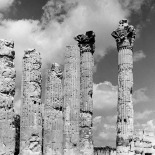 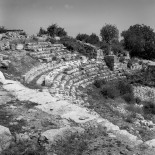 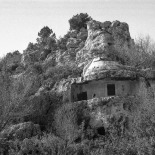